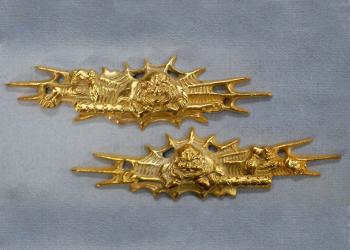 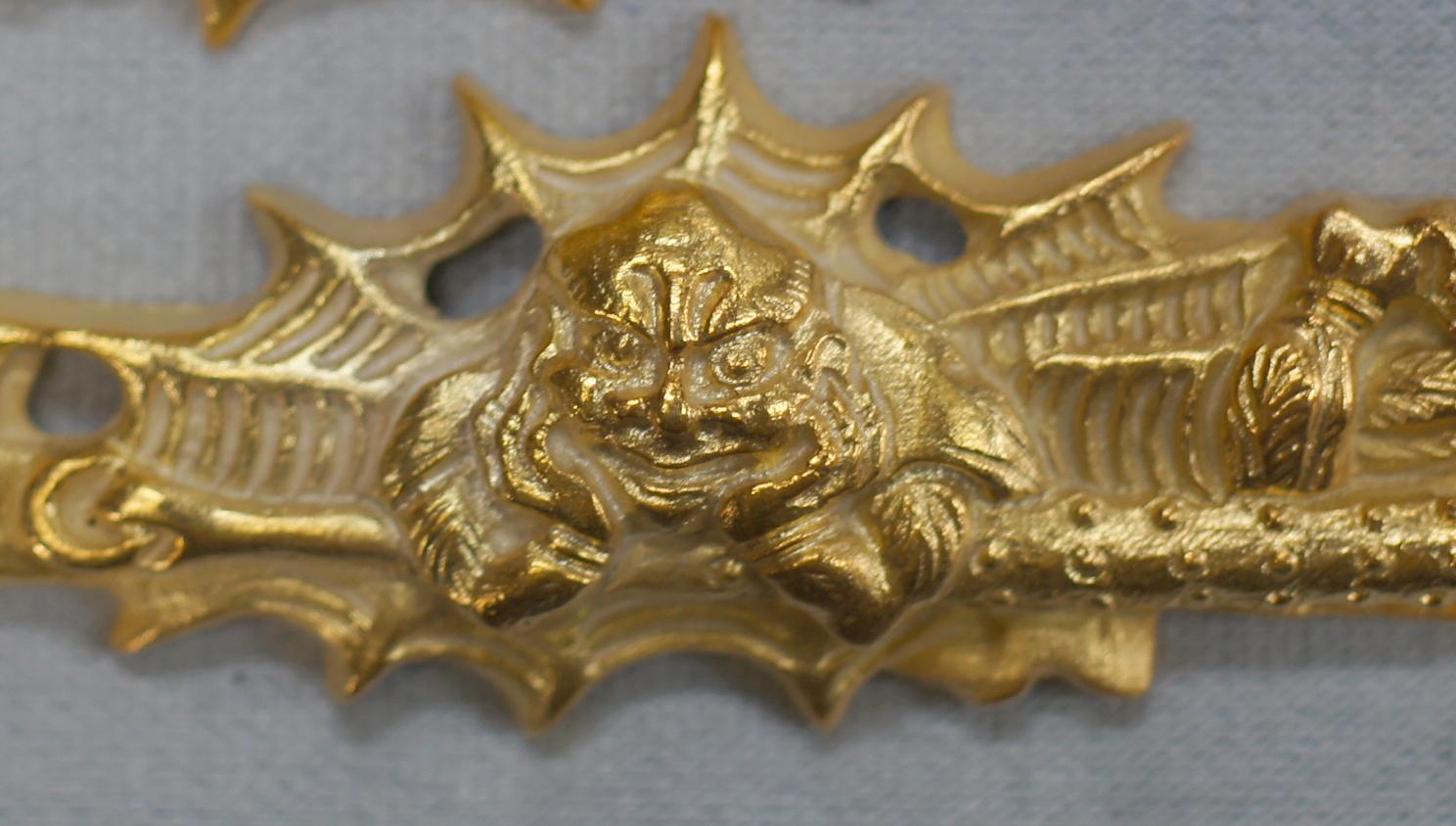 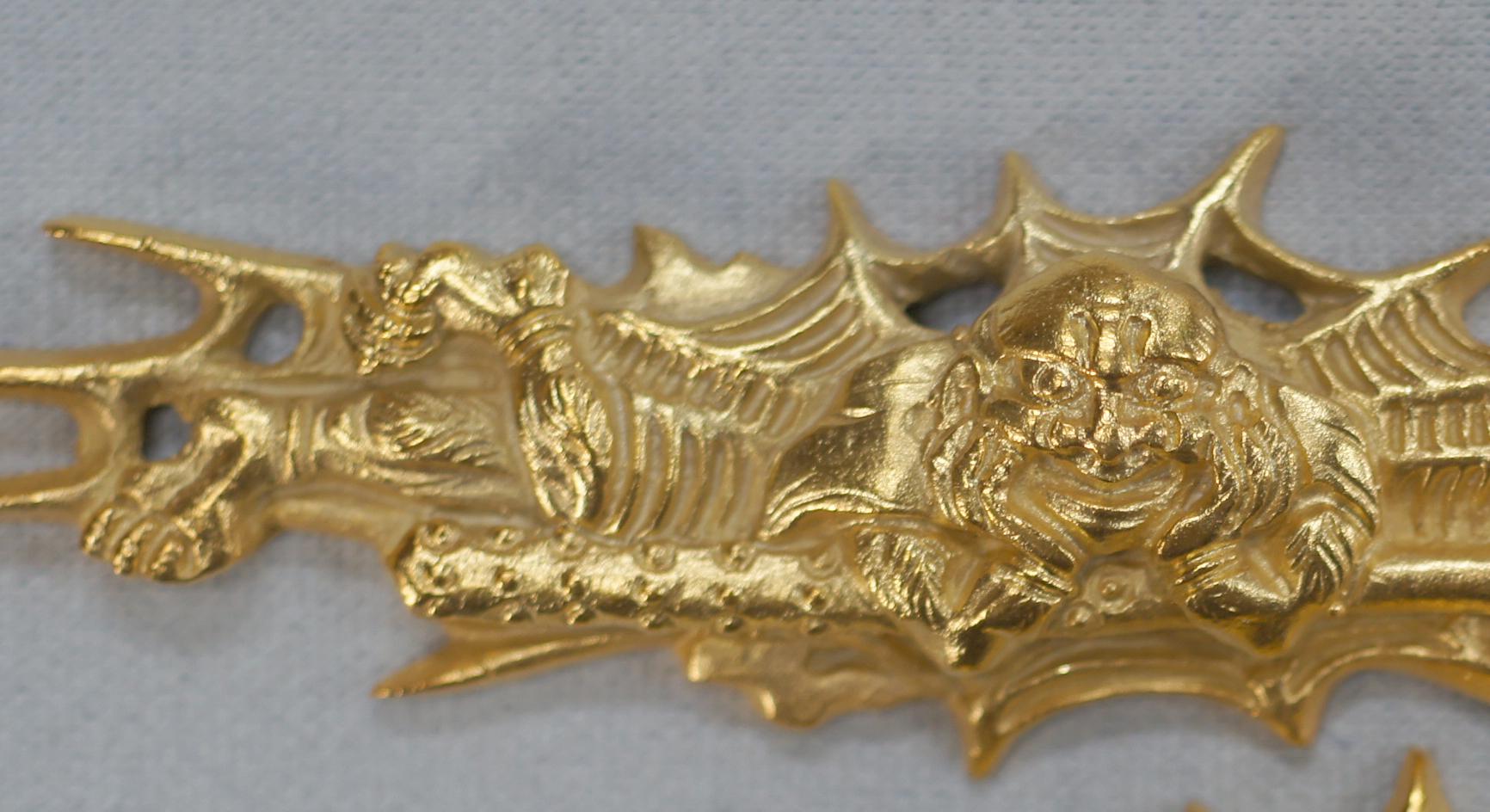 A mythical spider-man carrying a kanabō  (a two-handed metal-studded war club). Probably a tsuchigumo, a spider demon with the face of an oni, the body of a tiger, and the limbs of a spider. Tsuchigumo live in the mountains, catch unwary travellers in their web, and eat them. The remains of an unfortunate traveller, and his belongings, can be seen in the web. The kanabō is, in Japanese mythology, the favourite weapon of oni.

In the Tsuchigumo Soushi Minamoto no Yorimitsu kills a tsuchigumo and the heads of 1,990 dead people came out from its stomach.  In another tale involving Yorimitsu the tsuchigumo is revealed to be the onryō of the a local clan defeated by Emperor Jimmu, An onryō is a ghost (yūrei) that is capable of causing harm, or even natural disasters, in the world of the living in order to exact vengeance for the wrongs it received while alive before taking its victims spirits from their dying bodies. Sadako Yamamura in 'Ringu' is an example of an onryō.

The item has been added to your basket